Slope – How To… Hold An iPad With No Hands

I can now manage my entire home theater using just an iPad and a delightful App from Logitech called Harmony.

The iPad solves 3 remote control problems: there’s too many of them, they don’t light up in the dark and many have terrible range.

What are the options:

Deeke, a Chicago company, have the solution. It’s called Slope. 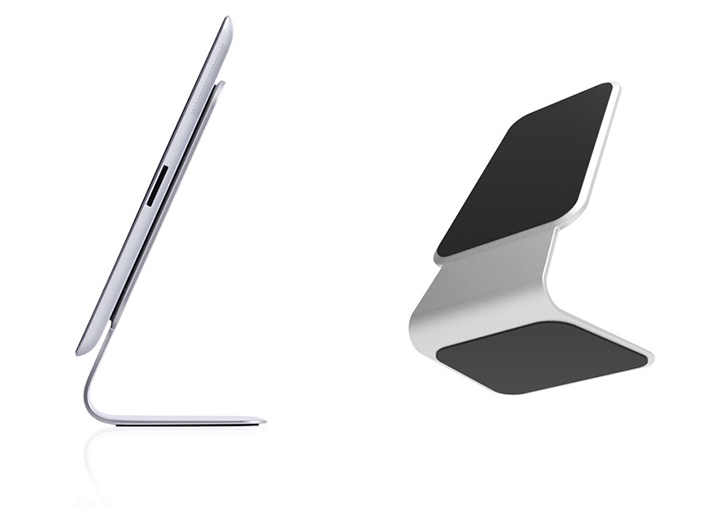 Slope is sleek, made of aluminum and resembles a miniature iMac stand… so it looks a lot like something Apple would make. And that’s okay, because it was built to appeal to Apple fans.

What makes Slope special is that it uses no magnets, adhesive or mechanical grips to keep your iPad in place.

It uses nanofoam; a material with thousands of open air pockets that act like tiny suction cups.

A strip of nanofoam on the base grips the surface Slope is placed on and a strip on the upright stand holds your iPad in place. 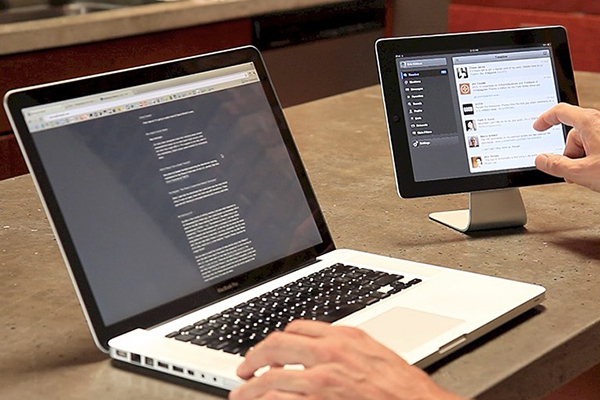 The benefits: the grip is incredibly strong, it leaves no marks or deposits of any kind on your iPad and it’s versatile enough to stick to almost any surface including glass.

Stick it to a desk, a wall, a kitchen counter, on the bridge of a boat or in the cockpit of a plane.

Slope comes in 2 sizes: Slope and Slope Mini and in 2 colors: Silver or Black. 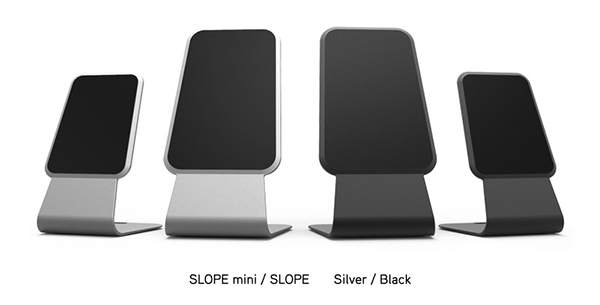 Slope works with the iPad and many other tablets. Slope Mini is built for the iPad Mini, iPhone and other smart phones.

This is a Kickstarter project, with a great product and I wish the company well… but a price reduction would be welcome.

Still… if you want it, you’ll scrape the money together to buy it.

Have a great weekend.

Not an L.A. resident? Don’t worry. No Problem Mac provides remote training and support statewide and further afield… our most remote client lives in the British Virgin Islands 🙂

Click No Problem Mac Phone Support To Get Help Now.

Get The Latest Blog Posts And Critical Client Updates

Get Blog+ By Email