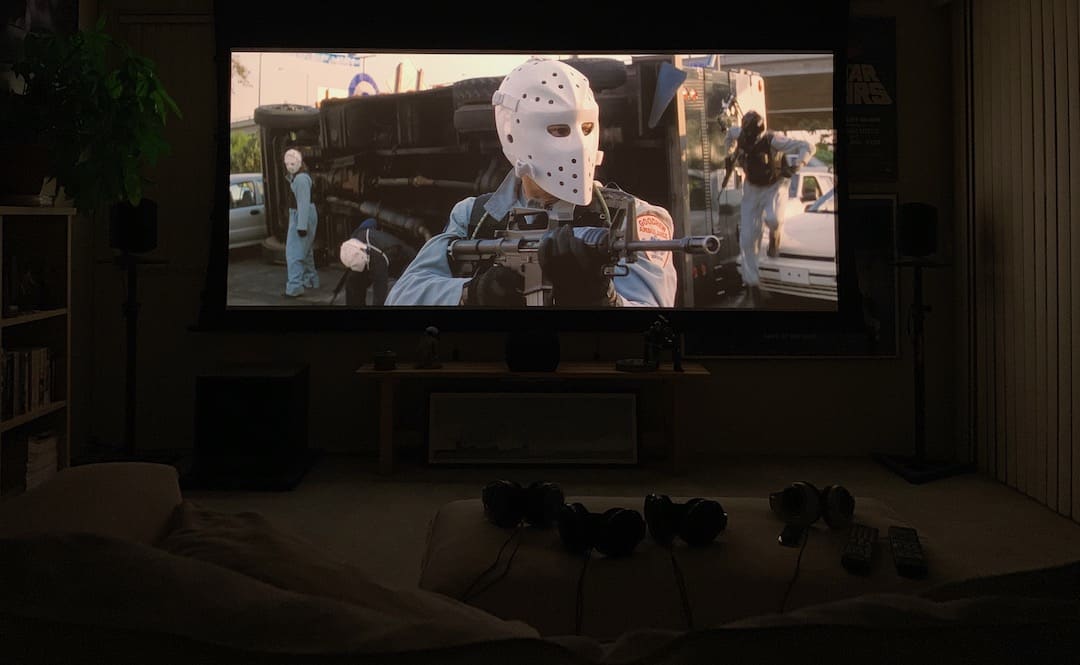 I used to come home, throw on a movie and crank up the volume . . .  then my neighbors knocked on the door.

Constant explosions were ruining their ability to “have a nice evening” and intermittent gunfire made their cat leap into the air.

They were nice enough, so I decided to buy a pair of headphones.

Oddly enough, there are few mainstream reviews of headphones dedicated to movie listening. I tracked down the best recommendations on obscure audiophile forums.

Testing took place over 5 days. There was no science involved. It makes for boring reading and I failed that subject in High School. I depended on my ears. I’ve had these my entire life and they are great for listening.

I played the same scenes from ‘Sicario’, ‘Saving Private Ryan’, ‘Blackhawk Down’, ‘Heat’ and ‘Raiders of the Lost Ark’ over and over and over comparing the experience with each set of headphones.

I don’t recommend listening to a massive firefight involving a 50 caliber machine gun, 10 to 12 times in a row. After the ‘Blackhawk Down’ sound test my head hurt for three days.

There were no bad headphones in the bunch. Each one had distinctive characteristics, but overall most were better suited to music.

The ‘Sennheiser 598SR excels in all areas.

It’s one of the most comfortable headphone out there.

Dialogue is crisp and clear and high frequencies hit the right pitch without breakup or over extension.

The mid range sounds accurate without being boring. 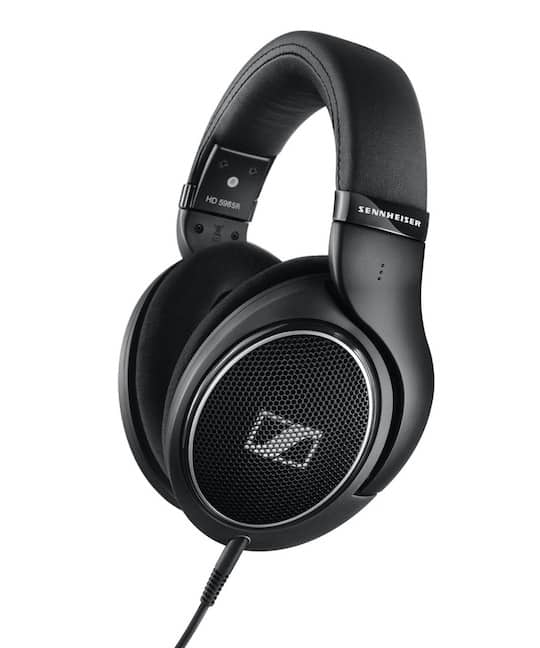 Some listeners may feel the 598 doesn’t produce enough bass. It’s a personal preference, but for me it was tight, without ever entering that area where detail disappears and your ears start to hurt.

The 598’s hands down stellar feature is its ability to create a wide soundstage.

Watching ‘Raiders Of The Lost Ark’ on a 120″ screen, the 598’s never felt inadequate. Every thunderous gunfight and rumbling chase sounded right on the money. When the Ark is finally opened, the pulsing bass track and high pitched electrification of the witless Germans is matched by the 598s in power and scale.

You know it’s working when you keep forgetting that you’re wearing headphones.

The 598 SE is an open back headphone, so it leaks a lot of sound. It’s perfect for watching movies on your own without disturbing the neighbors . . . but not so good in a room full of people and you would never wear it outside.

It’s a wired headphone that comes with an extremely long cable. This may turn some folks off. After all, there are wireless headphones out there . . . but until technology improves wired will always sound better than wireless.

The Sennheiser HD 598 came out a few years ago so it’s a little harder to find.

It comes in three variations. In terms of sound, they are all the same. The difference is in color and the addition of a microphone to the SR.

It’s worth every cent.

Get A Holiday Gift Certificate For No Problem Mac